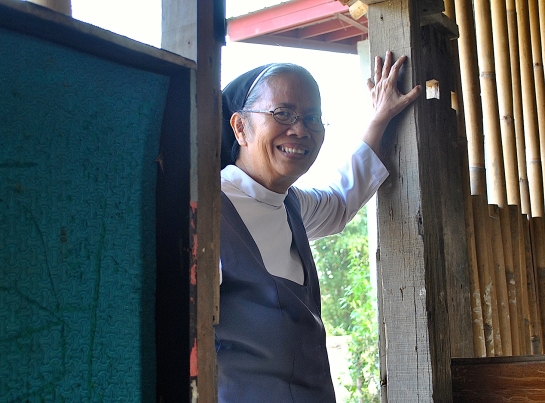 Franciscan Sisters of the Immaculate Conception Sr. Mary Francis Borje, 75, looks in on the culture class of the indigenous Aeta cultural group of students at St. Francis Learning Center in Subic, Zambales, which she started and coordinates, after serving four years in mission among Dayak tribespeople in Indonesia. She was assigned to Subic in 1990, more than a decade after returning to the Philippines.. (N.J. Viehland)

Coming to Subic just before the rampage of Mt. Pinatubo volcano was more than coincidence. The Lord knows many things I do not know. – Sister Mary Francis Borje, SFIC