The division of Korea into two countries was never the work of Korean people. It was a cruel accident of history. In the aftermath of World War II, it was imposed on them as part of the division of war spoils. American control of Japan spilt over to Korea’s southern region, while the Soviets’ influence via north Asia got stuck alongside their ideological control of the northern region. The divided country’s political elites did not take long to fall victim to the ideological syndromes.

Despite political estrangement in and after the long prolonged Korean War, the people’s yearning for togetherness still becomes quite palpable whenever families from North and South are permitted to reunite. Seniors from both sides of the sad divide still cherish memories of the past. But as they age, lingering memories begin to weaken. So do hopes of reunification, except for few shared links such as the Catholic Church.

Whenever possible, the Church prefers to give leadership responsibility to local people. And in consonance with that policy, in 1943, the administration of Pyongyang was delegated to a Northerner: Bishop Francis Borgia Hong Yong-ho. In 1962, despite the 56-year-old apostolic prefect’s disappearance, Saint John XXIII elevated him as head of the diocese.

The one-time flourishing diocese, known as Jerusalem of the East, had some 50,000 Catholics. But while estimates now vary from zero to about a thousand, the bishop and clergy have gone missing since the Korean War. They are assumed to have been martyred under the rule of Kim Il-sung, grandfather of current ruler Kim Jong-un.

Pope Francis’ visit and upcoming beatification of 124 Martyrs, have revived questions about the fate of the long-disappeared Bishop Hong, who would have been 108 years old if still alive. While the Korean Church has asked Rome to beatify the bishop and his companions, faith links across the Demilitarized Zone border keep fanning people’s dreams of reunification.

Even if the hope of seeing such recent martyrs raised to the altar may be remote as of now, the long litany of early martyrs includes several Northerners.

The social dynamics of such realities will continue to contribute toward upbuilding the Korean Nation’s collective consciousness. They can be part of a process of resource building toward the goal of national reunification that Christians have long desired and strived for. The build-up goes on slow, yet steady. It gathers momentum at its own pace – rather at God’s own pace. As much as that momentum is blessed by the Martyrs’ fragrance of sanctity, it continues to be sustained by everyday witness of God’s people. The laity-founded Korean Church’s now flourishing lay network of Small Christian Communities may offer a timely grace of outreach to Northern compatriots.

A Korean friend recently wrote to me about another small but prophetic move, though some may consider it controversial. He wrote to me about poet Kim Chi-ha‘s reported change of political stance. The dissident Catholic Korean poet is well remembered for his faith-inspired poems as well as for his life witness through imprisonment and harassment under the rule of strong-man Park Chung-hee since 1974. However, reportedly, the literary giant has come out in support of the strongman’s daughter, current President Park Guen-hye. The former prisoner of conscience has claimed that he now wishes to help reunite the politically divided country. No doubt, Kim has drawn inspiration from the faith saga of his nation’s ancient Martyrs as from the witness of his faith contemporaries such as late Catholic president Kim Dae-jung and late Cardinal Stephen Kim Sou-hwan, whom Koreans called “the conscience of the Korean Nation.”

Cardinal Kim persistently promoted the Church’s liberative role in Korean society. A regular patron of people’s rights, he supported groups such as the Korean Catholic Farmers’ Movement as part of an ecumenical church of the people, popularly known as“Hyonjanj” (field) church. His focus was always on the broad picture of Church role in the Nation, not on the numbers game that often fantasised Korea’s growing Catholic population. He was quite dismissive of that phenomenon, whenever I asked him about conversions. “They come, they go!” was his unenthused reply. Even as his country now prepares to beatify 124 more Martyrs, his enduring legacy would still be the event’s spiritual impact on reunification hopes of God’s “minjung,” the struggling masses of the still divided nation. 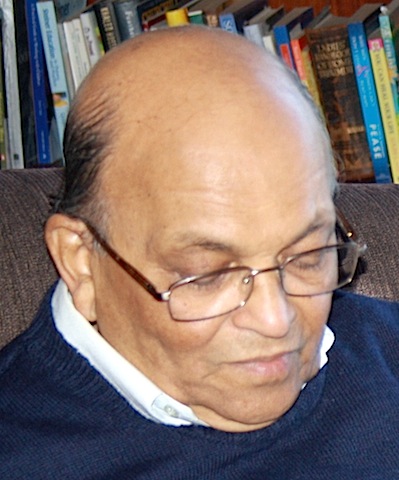 Veteran Asian Church journalist Hector Welgampola from Sri Lanka retired Executive Editor of the former Union of Catholic Asian News (UCAN) based in Bangkok. Before joining UCAN, Hector headed editorial teams of newspapers in Sri Lanka. Since retiring from UCAN Hector has lived in Australia with his wife, Rita. He authored the resource book Asian Church Glossary and Stylebook